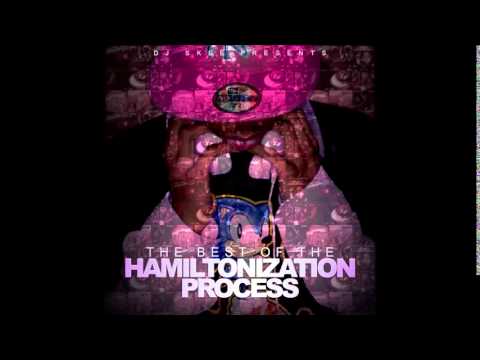 I think the new album will be very heavily inspired by Live Love ASAP, and for good reason!

This is very apparent by DHL and Little Demon's ethereal production - very Clams Casino like. Also the vocal reverb and delay effects on those tracks remind me a lot of the songs on that tape. Especially on tracks like Wassup and Purple Swag and Kissin Pink. Little Demon's production also gives the same chilly vibe of Leaf's instrumental. If you haven't listened to Live Love ASAP, it's probably Rocky's best work and a modern classic. I really want this production style and sound to come back to fruition, and I hope Frank takes it there. It's so much of a better sound than the modern trap sound and it's inspired me to pursue these types of icy sounds in my own work.
Yes, the drums sound very "testing" like on DHL, but I think everything else other than that on the song sounds Live Love inspired.

How would you rank Rocky’s albums and why? And what are the best songs off those albums?

Can anyone identify the mutual sample? Not sure if I should create my own thread - can't find anything on WhoSampled.
Clams Casino - Wassup https://www.youtube.com/watch?v=ZjBR92XlorQ and Toro y Moi - Pavement https://youtu.be/L1XOT9h33mE?t=1m (starts around 1min most notably)
both use the same sample...most notably you can hear the "under" reverb. I'm convinced!

procrastinating 20 something tidbits of culture exchange buddy from the UK

I know my dream, I sort of know what I have to do to get there, but it's so daunting.
My dream is for a certain career; I need knowledge and a bigger appearance (to be taken seriously), but it's daunting...
I like thinking about culture & society. I like tidbits of culture. I'd prefer to speak to someone not from the UK - it'd be more interesting to learn about a person living in a different culture. Eventhough I know quite a bit about american culture (as it's quite popular in the UK) from TV shows, etc, there's some stuff that is nice to hear on a personal level. It may seem mundane, but the small little things like what you say to a cashier is interesting to me.
So yeah, I'm mainly interested in seemingly mundane parts of life from a different country. It's nice to reflect upon yourself & think about why things are the way they are.
This is totally not like me to do this, but days are starting to blend and I guess I'm procrastinating from my dream.
 I don't know if I'm going to regret this.
I don't like getting into things before reflecting on the pros & cons of things.
I think it's good if it remains quite distant & aloof.
Feel free not to discuss things you don't want to discuss because they're just a hassle to talk about, etc.
I think it's powerful to have someone who have someone who doesn't judge, or can communicate with someone your thoughts in a way that doesn't seem weird if you do it with a friend (even if they're awesome earnest & supportive). Also communicating like this (via text, and it being with a stranger), means you can spend time expanding on a point, cut things off without needing a "so yeah, cool" (as much as it being with a friend or in real life), or go back to them later, without it feeling awkward.
 oh yeah, sharing reddit links would be cool too
btw I'm a guy, and i'm straight if that matters at all
 been listening to hip hop since september, well I got onto kendrick's good kid, and damn it blew my mind with the storytelling with metaphors & poetic techniques the guy uses to elucidate what he's saying - it hardly ever feels like rhyming for the sake of it. Also for a non-american his story details happened to be quite accessible. I listened to other top dawg stuff like jay rock which is pretty fun, and got around to asap (I listened to him when he was getting big back when he released wassup), but now it's weird, I like it. ok his lyrical content is pretty repetitive, but his flow & clams casino's production on that album is soooo goooood. I used to listen to a lot of dream rock, chill'd stuff so I liked the instrumentals a lot.
Another weird thing - when I listened to the National 4 years ago thru some youtube links in the first year of my university course I didn't like them. But started listening to them somehow last september too and I really like them surprisingly! I guess it has something to do with the emotion - it's kinda depressed mainly but it gives off this slightly uplifting sense of hope. Mr November I really like and the lyrics really mean a lot to me actually.